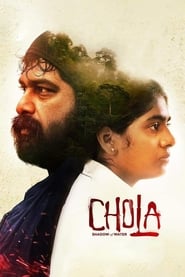 Teenager Janaki and her scrawny paramour visit the city behind her mother’s back. He’s arranged for a ride from his boss, a sullen man who tells Janaki that he knows she’s lied to her mother. The trio drive into the city where the teenagers are besotted with the lights, the malls and the beach. They lose track of time and are forced to stay the night in a bare-bones motel where the horrors begin. A magic realist portrait of India’s growing pains.